This project departed from observations in situ at the Or Gallery, an artist-run centre in Vancouver, a city where rents are among the highest in the world, and continue rising. It is a challenge to find affordable space for living, let alone cultural activities. At the time of my project, the Or occupied a large downtown space well below market price, on the ground floor of a budget rooming house.

What appears at first glance to be great luck— affordable exhibition space in a prohibitive real-estate market— in fact exposed the space and its staff to a range of other expressions of power. The landlord saw himself as doing a favour for the arts community, rather than providing a service within a business transaction. He neglected necessary upkeep on the building and refused to grant any form of lease agreement. The gallery therefore rented on a month-to-month basis that could be terminated at any moment. Despite the ceiling often leaking from overflowed bathwater from the upstairs tenants, accumulating mould and rotting plaster, the landlord forbid the gallery from making their own, even self-funded, repairs to the building, and without any proper lease, the gallery could not apply for funding to undertake those repairs.

While conducting research for this project, the artist spoke with the landlord. During this conversation the landlord explained his no-lease policy (he felt taken advantage of by the arts community, so he prohibited a lease to maintain control). He also mentioned that the only income he made from the property was through rentals to the film industry, an industry which is already heavily subsidized by the city.

For the exhibition, the artist used the decaying building as a performing material presence. He lit the gallery from the floor directed upwards to illuminate the worst of the damages and leaks on the ceiling. The installation of lighting continued beyond the exhibition space into the storage areas, where damage was most severe.

Schwebel also pursued the landlord’s claim that he frequently rented the building for film shoots. The artist found the segments of tv shows and films recorded in or outside the gallery or the rooms above it and created a montage of these excerpts. Characters perpetually enter, return to, or converse in and around the gallery building, the same building in which the video is viewed.

Through these elements (the video, the interview, and the illuminated damages to the building) the building itself emerged as a haunted financial entity, caught between its actual disrepair and its representation, occupied by real and fictional tenants. 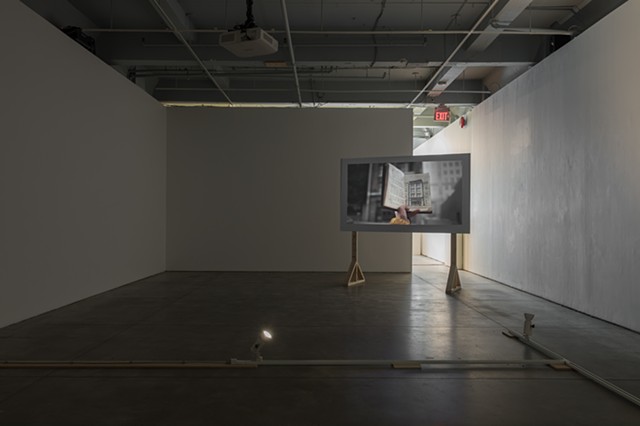 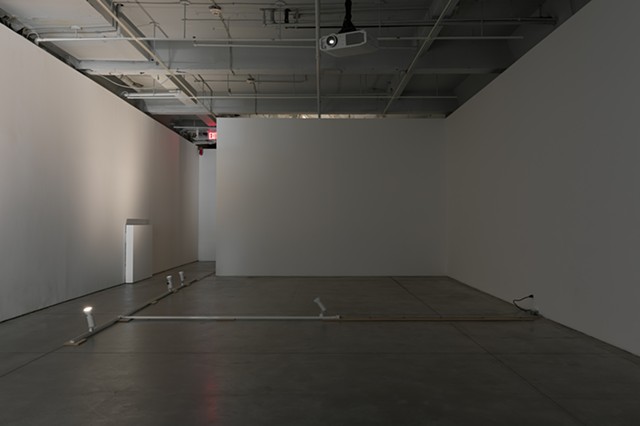 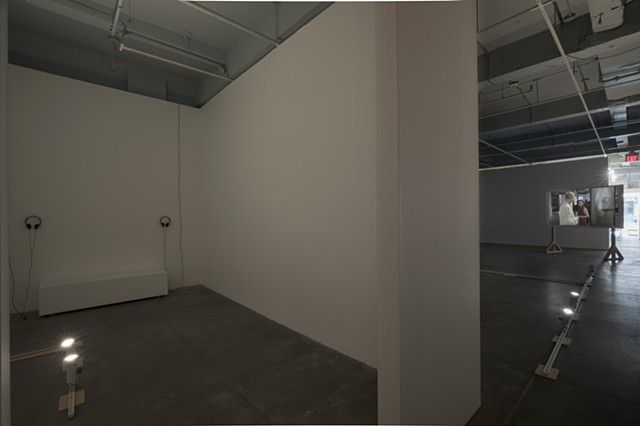 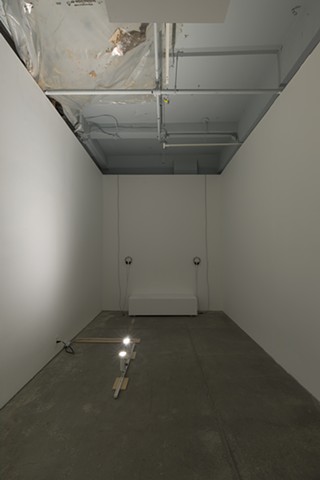 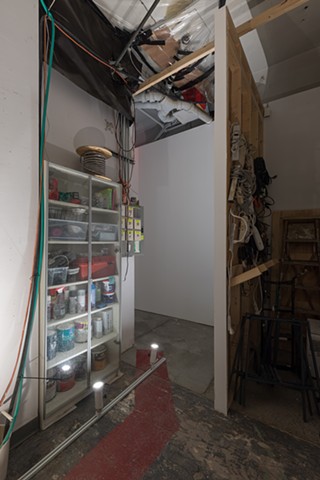 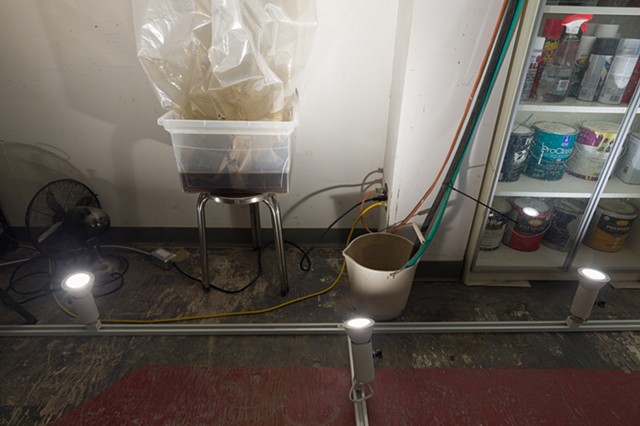 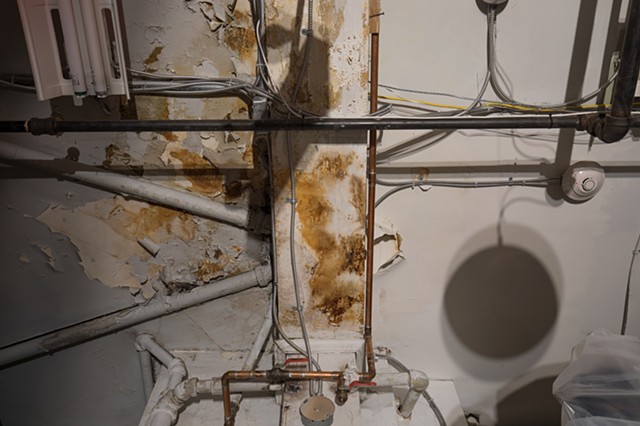 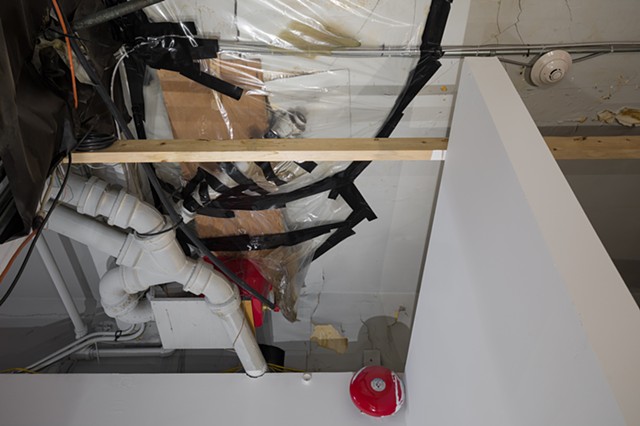 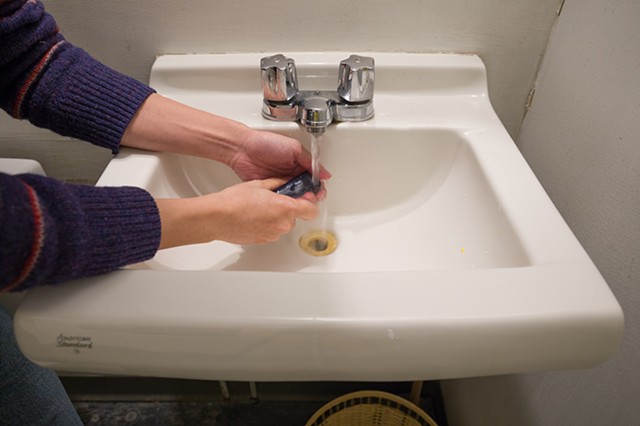 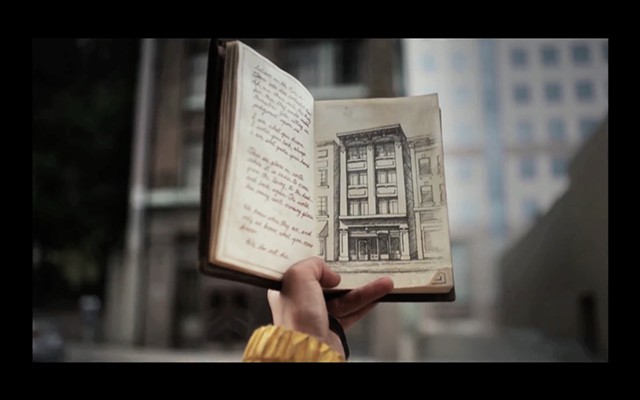 There Are Places On Earth 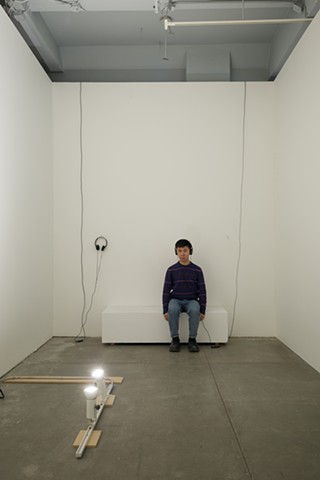