As part of the work I undertook at PICA, I decided to redistribute PICA's publicity. This redistribution was executed in two different modes. First of all, I acquired a distribution list for the gallery's publicity material. I went to the locations on this list and removed the current guides from wherever I found them. I then redistributed these guides to alternate locations. In the second part I acquired past PICA guides, dating from as early as 1994. I distributed these to art galleries and art venues throughout Perth, placing them alongside other publicity. The subsequent document of the distribution mimics the formatting and font of the current PICA guide. 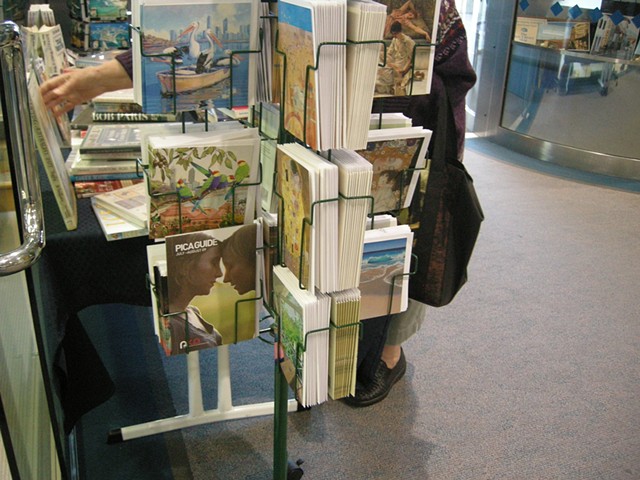 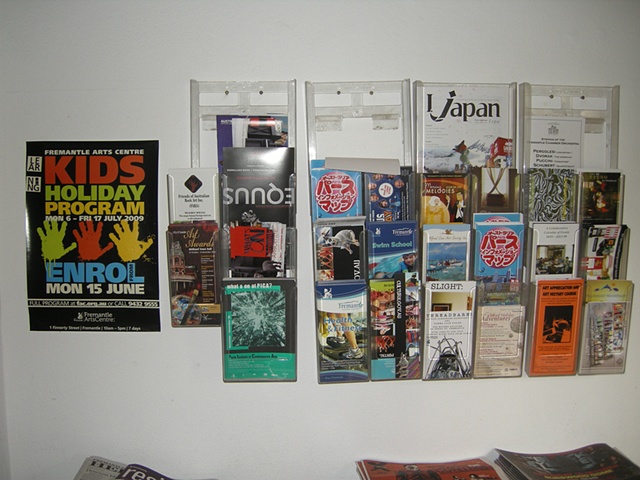 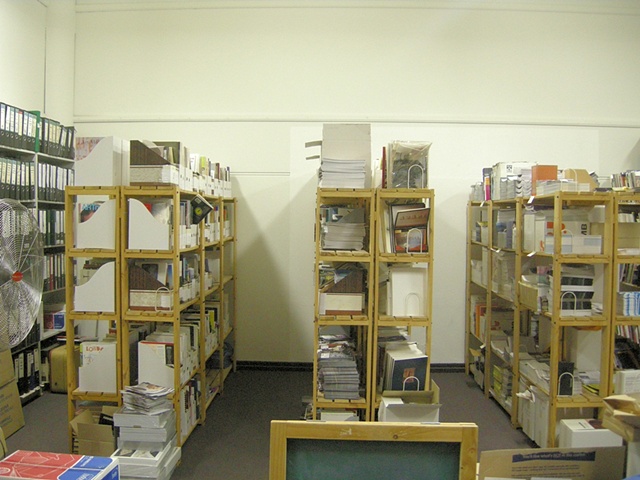