This long-form project encompassed a series of interventions, documented by repeated attempts to index trauma or error. The project was exhibited as a solo show at Artspace in Peterborough (2013), Ontario, and at AKA in Saskatoon (2014).

My work responded to an exhibition Nul Si Découvert (2010), at FRAC: le Plateau, in Paris, France, curated by Guillaume Desanges, and through a cycle of interventions, symbolically juxtaposed this exhibit with a film, Caché (Michael Haneke, 2006), also set in Paris.

Both the film and the exhibit engage with questions of truth, evidence, and experience, as these are undermined by processes of obfuscation, secrecy, or absence. Whereas in Nul Si Découvert, the subject of the exhibition is how, in the relation between the observer and the object that is observed, the act of observation alters the object, and can even destroy it. In Haneke's Caché, the unknowable is figured through trauma, an event by which consciousness is interrupted, narrative sequence is disordered, and the self becomes unreliable.

My work interrupted Desanges’ conceptual survey of artworks touching the limits of knowledge by pointing out the exhibition’s oversight. While it probed the limits of empirical, phenomenological, or conceptual ways of knowing and proving, the exhibition did not include the ways that trauma destabilizes the possibility of knowledge, as it destroys the subject’s very faith in its experiences. Haneke’s film in particular, set in Paris and engaged with France’s blood-soaked colonial heritage as the country’s latent powderkeg, casts personal narrative across political history to show how the intellectual bourgeois present is saturated with traumatic memory, guilt, and violence. 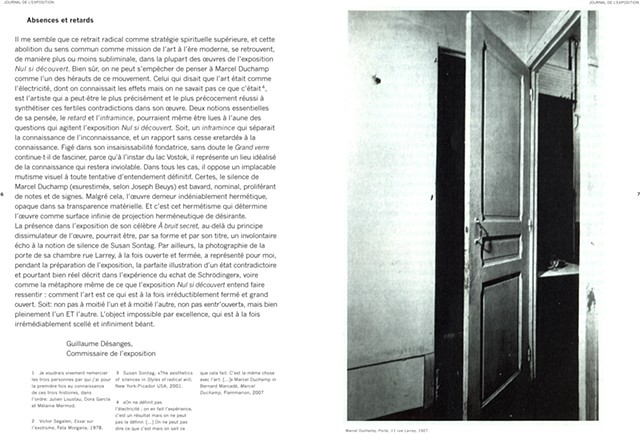 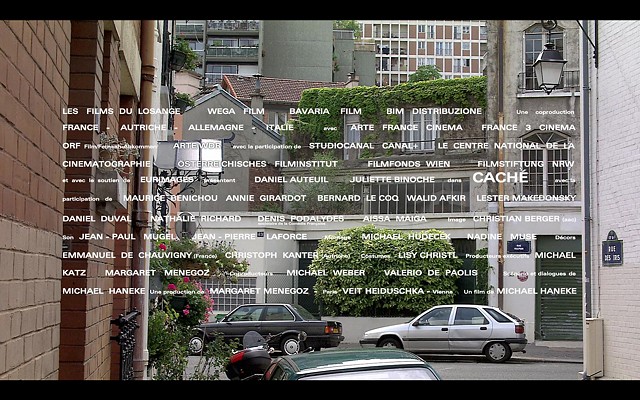